The rule of thumb is if you are looking for an only dog you should get male. If you are adding a second and already have a male you should get a female. When adding a second the dog you now have should be at least 2 years of age. The reason being you do not want your new puppy to become submissive, they tend to feel secure enough in their own sex to give them the confidence they are different enough. A dog younger than two will lord over any new puppy no matter which sex.

The majority of calls we get are people looking for females. When I ask for the reason I find many misconceptions like, females are more affectionate, less dominate easier to housetrain and don’t mark.

I try to convince prospective puppy buyers to consider individuals regardless of sex. The personality of each puppy is more important than his or her plumbing. Dominance or lack of, sociability and or trainability are seldom specifically linked to sexuality.

An added factor to consider is neutering. Research has proven hormones should not be removed before a dog’s growth plates close, which mean not until the dog has reached 18-24 months depending on the breed. No elective surgery should be performed within a month of a heat, this means a female may experience 2- 3 heats before you would want to remove her ovaries. Removing hormones from a dog does not “fix” behavior problems. Early removal of hormones has been shown to make a dog “grow funny”, sometimes gangly. Another drawback is weak tendons, more easily prone to tears and incontinence problems. It is interesting that the treatment for Addison disease is a lifetime of hormone replacement. Hormones are life and if the concern is birth control, like for humans’ there are other options besides castration and removal of ovaries.

Over the years, I have observed both sexes in individual and group situations, and in home and kennel environments. Based on these observations, I would like to share some ideas about male vs. female PWD’s as companions.

First I will say I have found the bitches to be more independent. They can be, and often are, very affectionate; but it is usually on their terms. They tend to be a bit calculating and more self-serving. If dog’s have anything in common with human’s the females tend to multitask more, meaning they can thing about that squirrel over there and you, whereas males tend to more singly focus on you and the task at hand. There is a reason they are called bitches, and a reason the term has the connotation that it does. Their challenges to your authority tend to be more subtle and indirect than those of most males. They can be amusing and charming companions. Recognize that part of their charm is their unpredictability. Be aware of their efforts to “train” a household to serve their every whim. You had better decide while she is quite young how far your puppy princess can take her little game, or you may find your heart and home under the power of her determined and dictatorial paw. Her efforts to usurp power tend to last a lifetime, so arm yourself against the onslaught of her feminine wiles! An interesting note: I have found men to be more susceptible to a bitch’s con-game. Perhaps females of both species recognize in each other the power play for domination, and are not as easily taken in? 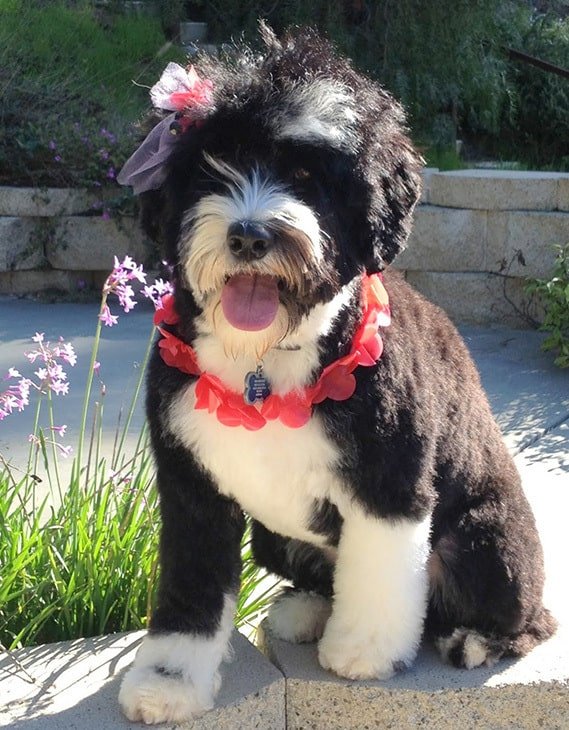 Now let’s look at the other side of the coin and consider the male. I find the boys much more open and direct in their approach to people and to life in general. Once you have won their loyalty and affection, it is yours forever. However, there is one hitch to this idyllic picture. As complex and ongoing the power struggle can be with dog’s I find it less with males. The effort to take over as pack leader is usually tied in with budding maturity between five and fifteen months. It is crucial with rearing any pup that he is not allowed to take over or gain dominance in the areas of daily living. This does not mean they need to be reduced to trembling subservience, it means when push comes to shove you need to be the one calling the shots every time.

Aggressive dominance in either sex during this time frame must be dealt with swiftly so there is no question in the puppy’s mind about who is the boss. With either sex, proper socializing and training works especially well in early stages because all they really want is to please you and it helps establish a good working relationship. Lots of lavish praise and decisive corrections give him a sense of self-confidence and direction that will make him an ideal companion. 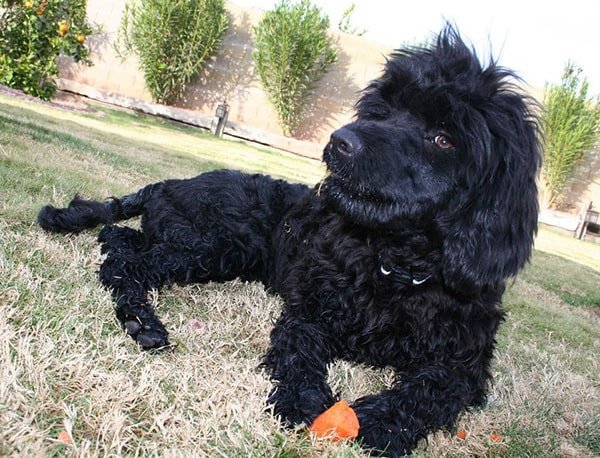 Neutering males is not a substitute for training, nor will it turn a dictator into a pussycat. It does tend to diminish a male’s desire to “mark” territory by urinating in inappropriate places. He will be less aggressive, especially toward other dogs, and he will be less inclined to seek out that fascinating little lady down the street. He won’t be so easily distracted, especially in the company of other dogs, making training a bit simpler. It is recommended that males not be neutered before sexual maturity. (18-24 months). It is important that prospective buyers not get bound up by preconceived ideas about a standard formula for “the perfect pet.”

Look at puppies with a critical eye and an open mind. Male or female, be prepared to put a lot of time and effort into raising a love, amusing and at least passably obedient companion that will be a credit to you and the breed.

We use cookies on our website to give you the most relevant experience by remembering your preferences and repeat visits. By clicking “Accept All”, you consent to the use of ALL the cookies. However, you may visit "Cookie Settings" to provide a controlled consent.
Cookie SettingsAccept All
Manage consent

This website uses cookies to improve your experience while you navigate through the website. Out of these, the cookies that are categorized as necessary are stored on your browser as they are essential for the working of basic functionalities of the website. We also use third-party cookies that help us analyze and understand how you use this website. These cookies will be stored in your browser only with your consent. You also have the option to opt-out of these cookies. But opting out of some of these cookies may affect your browsing experience.
Necessary Always Enabled
Necessary cookies are absolutely essential for the website to function properly. This category only includes cookies that ensures basic functionalities and security features of the website. These cookies do not store any personal information.
Non-necessary
Any cookies that may not be particularly necessary for the website to function and is used specifically to collect user personal data via analytics, ads, other embedded contents are termed as non-necessary cookies. It is mandatory to procure user consent prior to running these cookies on your website.
SAVE & ACCEPT